On October 17, 2019, at the Dedication Ceremony, FOSB offered the Saratoga Surrender Site (“Site”) to the National Park Service (NPS). to be made a part of Saratoga National Historical Park (SNHP.) For the next eighteen months, the NPS was engaged in the governmental process of accepting the donated improvements. During this time, FOSB continued to develop the Site by commissioning the building and installation on the Site of two cannon carriages as well as planting dozens of trees to enhance the landscape.

In early March 2020, FOSB and NPS reached terms and Brian Mumford, FOSB Present, executed a Donation Agreement which transferred to NPS the title to the improvements made on the Site by FOSB. The funding for the development of the Surrender Site was provided through the generous support of our community. The appropriate documents have been recorded with the Saratoga County Clerk and the Saratoga Surrender Site is now a part of the SNHP.

Sincere thanks go to FOSB Members and all involved in seeing this significant project through its various stages over many years. We did it !! 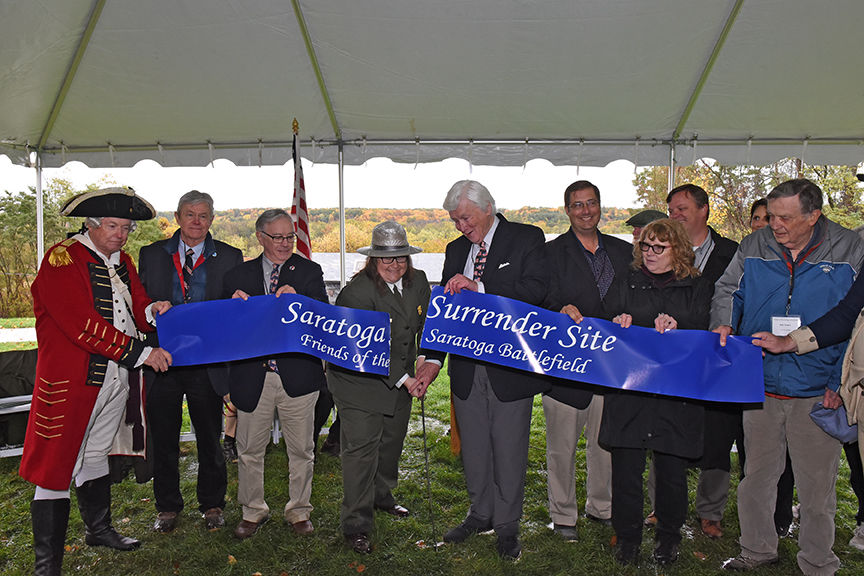